WE WILL ALWAYS LOVE YOU


The exact date of Squore_Cropped.png's conception is as of now unknown. However, sometime in June of 2019, two conjoined boxes with faces were sketched onto a piece of printer paper, with a black Expo Vis-a-Vis wet-erase marker and two miscellaneous coloured pencils. On June 9th, This paper was scanned into the digital realm. It was filled with sprites for a game project that never came into fruition. None the less, some of these drawings went on to gain quite a bit of notoriety:

such as the fan-favorite Large Knee Man. 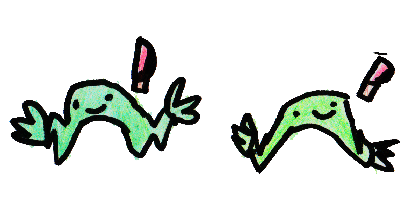 or phrog with knife. 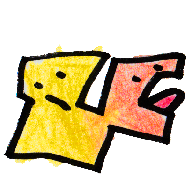 Compared to the above, Squore_Cropped.png didn't draw much attention at first. They just aren't as immediately interesting of a concept. And so, Squore laid dormant for a year or two. Until February of 2021. Where squmme started making his comic website.

While building the site. The need to include more dynamic elements grew. It just isn't interesting to look at something that doesn't move or change! The idea was to have one element on every page with a common look but varrying function. The immediate way to implement this that came to mind was to include a type of "SQUMME SEAL OF QUALITY" on the corner of every page. Which would do something different on every page upon interaction. The every page being unique part very quickly fizzled away (Because dang, that would be a lot of work wouldn't it?). But the dream of the seal lived on. Squore was originally used as a placeholder, and the plan was to have them travel to the other corner of the page if you hover your cursor over them. Like you're going on a grand journey together. To the other side of the screen. 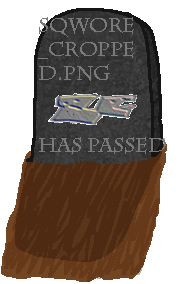